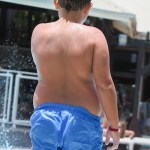 This week we saw 2 connected shocking weight loss news stories, one from the NSW government and one from the USA.

What does these stories have to do with your story? Read on…

NSW – Obesity is the new normal with 1 in 5 children overweight or obese. Here’s the special story that appeared in the Sydney Morning Herald on 17th September 2016.

In NSW childhood overweight and obesity has doubled since the ’80s. It’s likely that it is similar in other states and territories, as well as in New Zealand. The report said that junk food and drinks account for a third of their kilojoule intake. Just 5% of children eat the recommended serves of veggies.

Where the study used BMI (Body Mass Index that compares height to weight) to determine the children’s weight range (underweight, healthy, overweight or obese), this measure only tells part of the story. Waist measurement, or better still waist to height tells a more complete story.

The NSW premier said that if they could reduce the 20.5% overweight and obese to 15.5% by 2025 (9 years away), then 62,000 less children would be overweight or obese. By our calculations, that suggests that hundreds of thousands of NSW children are too heavy now!

More than 80% will go on to become obese adults, with higher rates of diabetes, some cancers, asthma, sleep apnoea and heart disease.

It is a tsunami that’s weakening our health care system for which all taxpayers pay.

We have to assume one of three things about parents: 1) they actually believe that sugar-laden foods and drinks are safe; 2) they just don’t want to think about it; or 3) the least likely, they don’t care. The next story may explain why parents make the decisions they do about the health of their children.

A US study reported in lots of mainstream media like The New York Times reported how the sugar industry paid scientists in the 1960s to play down the link between sugar and heart disease and promote saturated fat as the culprit instead.

Basically the message was “If you are overweight it’s because you’re eating too many calories (and fat has the highest calories per gram) and not exercising enough.” The message inferred that the impact on weight of 200 calories from a cola was no different than the impact of 200 calories from fresh fruit and vegetables. They made fat the main villain diverting attention away from sugar. Nothing could be further from the truth!!!

Back to NSW and those poor overweight kids…

The NSW administrators privately concede that “the 5% reduction will not be achieved without enacting dramatic changes across various sectors and probably require federal intervention”. It took legislation to ensure that kids are wearing seat belts, using bike helmets, not able to buy cigarettes and parents not able to buy alcohol for their kids.

Already the NSW experts are recognising the challenge: “70 per cent of parents who had an overweight child and 30 per cent of those with an obese child believing their child was (actually) healthy” and “It really is a very complex issue. If it was a simple issue I don’t think we as a society would find ourselves in this place.”

The SMH wrote “Excess weight and obesity are known causes of chronic diseases such as type two diabetes.” Now if the simple calories in calories out message was true, then simply getting kids and parents to eat less calories and exercise more to lose weight would be a simple solution.

What if we made a different assumption?

Of course we all recognise that “one diet does not suit every body”. Some can eat various quantities of some foods and seemingly get away with it whilst others can’t.

Back to the waist… The best indicator that you or your children are not eating the right foods for your body, is that your waistline is increasing – tummy fat!

Excess weight around the middle is highly associated with sustained high levels of the hormone insulin – rarely measured in pathology tests. In many people, high sustained levels of insulin may lead to a decrease in insulin sensitivity (insulin resistance) – the pre-curser to diabetes.

And so what to do? Learn the foods and amounts that best suit your body. The best measure and evidence that you have got it right is that your waist and weight return to healthy measures.

We’re pleased to report that we have a growing number of successful, sustained weight loss stories at Healthy Inspirations with our Reset food and coaching program that is specifically designed to help each member discover the foods and drinks that are right for their bodies.