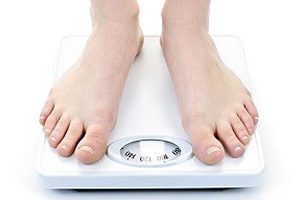 When it comes to problems that stop weight loss, beliefs have a far greater impact than most realise. We hear conversations that start with ‘I should’: “I should exercise more.” “I should drink less wine.” “I should stay away from the chocolate biscuits.” It’s clear that people know what they need to do to lose weight, but their self-talk stops them from doing it.

According to US behaviour change expert Elizabeth Banton (listen to her outstanding 25 minute presentation HERE) there are three main problems that stop successful weight loss:

Good intentions point toward the right choices, but most people have limiting beliefs that get in the way. If they were asked the question “Can you lose weight?” the answer may not be clear. “I’ll try, but it’s never worked before.” “Everyone in my family is big, so I’ll give it a go but don’t expect too much.” “I really love my (insert food here) and just can’t stop once I start, so losing weight will be really hard.”

See the pattern? Each example above suggests that the person wants to lose weight, but they each have beliefs about themselves which prevent it.

People often get caught up in their thoughts, and in creating stories. Something in the recent past (eg ate a packet of Tim Tams) haunts them for days or weeks. Their imagination convinces them that they are hopeless, gluttons, doomed to be overweight forever, ashamed, guilty or regretful.

The near future causes them to create stories: “I’m going on holidays so I’ll gain 5kg.” “Granny’s birthday is at the weekend and I’ll have to eat the birthday cake.”

These stories become instructions to the subconscious. Intention is aligned with attention. A sense of the inevitable or of thinking about avoiding something focuses on the very thing the person wishes to avoid, leading them to do exactly what they don’t want. Elizabeth Banton says “When you argue for your limitations, you get to keep them.”

Nobody needs to be defined by past behaviours or experiences. Don’t live in the past or the future: Be now. Every moment now is a blank slate that gives the chance to create a new reality.

“Divorce the story of your limitations and marry the truth of your unlimited capacity.” Tony Robbins

Whatever a person does regularly is what they become good at. Giving in to excuses means the person is practicing being overweight. The first time they say No is hard, but each subsequent time become a little bit easier.

It may help to practice the ‘just for today’ mantra. Sticking to goals just for today allows practice, making the same mantra that little bit easier tomorrow. The person builds a new history for themselves; one day at a time. New beliefs start to emerge.

What about the idea of ‘missing out’? “I don’t want to miss out on the cake / free food / social connection etc.” Think about this: “If I say Yes to this, what am I saying No to?” Saying No to good health, weight control, feeling positive and proud and optimistic – all for 20 seconds of delight (followed often by days of guilt) at eating or drinking something that was not needed.

Practice making the good choices. You already know what it’s like making the choices you’ve been making. Try something different.