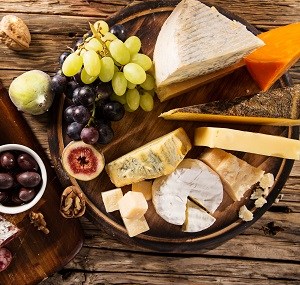 Do you have a 'foodie' mindset?

So often in casual conversation I hear people say things like “I’d love to lose weight but I love food too much.” They have what’s called a ‘foodie’ mindset. This statement, though, makes it sound as though the two things are mutually exclusive: if you want to lose weight you need to eat boring food, or if you want to eat good food you need to be overweight. Luckily, a report on new research shows that the opposite might actually be true.

Feelings of deprivation lead to feelings of unfairness, which can easily sabotage good intentions. If you really want to eat potato crisps, for example, but you’re ‘being good’ and avoiding them, a party where other guests are indulging can be quite a hardship.

Think about the same party and the same friends, but a ‘foodie’ will be looking at all the foods on offer and is much more likely to see options that don’t include the potato crisps. Instead of having a singular focus on one food they can’t eat, they’ll look for the options they can eat. This happens even if they’ve never tried the other options and don’t know if they’ll like them.

So the non-adventurous eater looks at the potato crisps and pines for them, while the ‘foodie’ happily samples the stuffed baby capsicums, the cucumber bites, the vegetable crudites and dip, the variety of cheeses, and the mixed nuts.

I must be a foodie: the second option looks so much more appealing, and it does not look like deprivation at all. In fact, the person who says “but I love food too much” would surely be happier with the variety than with the boring crisps that they’ve eaten countless times before.

Be adventurous. Try new foods. Try new recipes. Heck, try following a recipe. Who cares if you don’t like the food or the recipe doesn’t work or it takes too long? Next time it might turn out differently.