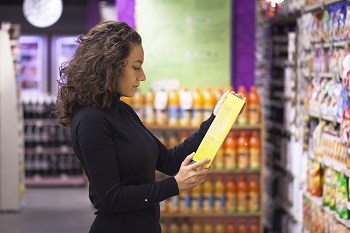 Here’s the proof that you can’t trust food packaging claims:

We know that food manufacturers design their packaging to appeal to their intended market, but many of us assume that what they include on the packaging is true. Surprise, surprise, two of our biggest companies, Uncle Toby’s and Arnott’s, have proved that our trust is unfounded.

If you’re reliant on packaging to inform you of the best foods to eat, it might be time to re-think your eating patterns.

Fresh vegetables, meat, fish, eggs, nuts and the like don’t need to make health claims. Sure, eggs come with all sorts of claims and it’s widely suggested that some egg manufacturers make misleading claims, but in general you’re pretty safe with fresh foods.

The unfortunate thing about these nutrition claims is that they mislead people into selecting that food on the basis of the claim, when in fact that food may not actually do what it’s claiming to do. In the Uncle Toby’s case, the “naturally rich in protein” actually referred, in the fine print, to the oats being consumed with skim milk: the oats themselves are not naturally rich in protein. Sure, it was explained in the fine print, but who at the supermarket has time to read fine print?

Or perhaps, who can be bothered getting out their reading glasses in order to read the fine print?

Arnott’s claimed that their Light and Crispy Shapes had “75% less saturated fat.” 75% less than what? Consumers assume it’s 75% less than regular shapes, but the fine print (on the bottom of the pack, nowhere near the claim) noted that the comparison was with potato crisps cooked in palm oil.

You can see how claims have distorted the facts and that they cause confusion.

If you eat any food that comes from a package, be aware.