Switch On Your Weight Loss Brain

Your Weight or Your Waist? 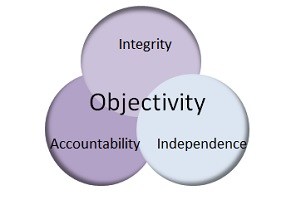 Losing weight can be extremely frustrating. Sometimes the frustration is about not eating (or drinking) what everyone else does, but the frustration that can be more destructive to long-term goals is what’s felt when, despite doing everything right, the scales move in the wrong direction.

When this happens, there are two choices for how an individual deals with their frustration: the first is to throw hands in the air, shed a tear, and give up. The second is to objectively look for reasons why this result occurred.

During the week, a woman in her early 40s and five weeks into her program with consistent losses had her scheduled visit.

Prior to weighing in, she had explained what a difficult week she’d had: the gear box in her car needed replacing, the newly-acquired horse was taking up a lot of time (while also providing a lot of enjoyment), her 9 year old daughter was entering a very busy time of year, work and study commitments were taking their toll, and her appetite had diminished dramatically. All this is quite normal, but worries about money made for a very stressful week.

Her usual response to stress was to flake out on the sofa while watching TV and eating a tub of ice-cream or bingeing on chocolate in an attempt to drown her misery. She explained that she didn’t need this ‘comfort’ food, and was coping very nicely without it.

What was really interesting, though, was that her mind still wanted to revert to comfort behaviours, but her body rejected the idea.

She had boundless energy, the taste of sweet was physically less appealing, and she simply felt that she was coping better than she had in a long time. Bear in mind that this was only 5 weeks into her program.

Then came time to step onto the scales. Her weight had gone up by 800g. Sure, that’s not a huge increase, but she really thought she would have lost again.

She acknowledged that in the past, this result would have been devastating, but instead she sat down and started looking for reasons and, perhaps surprisingly, the improvements she’d noticed.

Ultimately, her response was objective and her ability to evaluate her situation, rather than falling into an emotional heap, was a great indicator of the success that will come her way. She’s aware that the rise in weight is just a glitch in a longer journey, not a sign that it’s time to abandon hope.