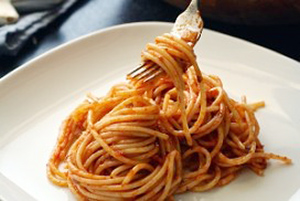 Have you heard about the gluten-free diet? Is it magic or not?

It’s estimated that 14% of Australians may be on a gluten-free diet. Experts are divided in opinion regarding whether gluten-free diets are safe or dangerous. A recent study suggested that those eating the least gluten had the highest rates of diabetes. What gives?

We all know that over the last few decades we’ve been told to “eat less fat”. This was a bonanza for processed food companies who created low-fat and no-fat foods and drinks. The downside was that when they removed the fat, they increased the sugar.

These foods ended up with high energy density and reduced nutrient density. Now experts are questioning the low-fat dogma.

With the movement towards gluten-free, history is repeating itself. Instead of there being a fat scare we now have a gluten scare – another potential bonanza for processed food companies.

Back to the study showing those on a gluten-free diet had slightly higher rates of diabetes: The study did not distinguish between those who simply did not eat gluten-containing foods and those who ate processed foods labelled “gluten-free”.

Not only do many of these processed foods have less nutrients, they are higher in carbohydrate per serve. And, for those with a genetic pre-disposition to diabetes, eating a higher amount of carbohydrates over many years can increase the risk of pre-diabetes (insulin resistance) and eventually diabetes.

But that argument does not say that cereals and grains are the only, or even the best source of these essential nutrients. If you choose not to eat cereals and grains, but eat good sources of protein (meat, fish, poultry, eggs and/or dairy) and plenty of vegetables, plus some fruits, you won’t be deficient at all.

We should all recognise that a very small percentage (less than 2%) of the population have Coeliac Disease – being completely allergic to gluten, even a tiny amount. If you suspect this is the case, you should speak to your doctor.

There’s a much larger percentage of people with gluten sensitivity, whether the condition has been diagnosed or is just suspected. Some experts even question whether non-celiac gluten intolerance is real or a figment of people’s imagination.

So… what’s the Healthy Inspirations view on gluten?

1. We don’t have a fixed ideology one way or the other.
2. We do not know of any weight loss or health benefit of eating or not eating gluten. It’s more about the choice of foods that contain the gluten. All gluten-containing foods are high in carbohydrate density.
3. Gluten itself is not an essential or even beneficial nutrient. Ask your doctor if they have ever heard of gluten deficiency.
4. There are plenty of other healthy fresh sources of the nutrients found in gluten-containing cereals and grains. Vegetarians can get non-meat sources of protein. Lactose intolerant people can be perfectly healthy not having dairy.
5. The “expert” to answer the question about whether your body is happier not consuming gluten-containing foods and drinks is “your body”!!!

During this step-by-step process, members go a number of weeks not eating any gluten-containing foods or drinks. It’s common for members to report a reduction in bloating and brain fog within a few days of not eating these foods.

Some say “I’m amazed how good I feel now. I thought that the way I used to feel was normal.”

If you’re losing weight on the Healthy Inspirations program, just follow our standard guidelines which is “Only consume from the large choice of fresh foods and drinks that are on your Daily Planner of the stage of the program that you are on, and nothing else.”

Our program has a fabulous weight-loss and wellbeing-increasing success rate for those who follow the plan. Discovering whether your body is happier or not eating gluten-containing food is just an added benefit.

If you have any specific question, just ask any of the Health Coaches at your centre. If it’s technical, they’ll refer it to our consultant dietitian for a technical response.