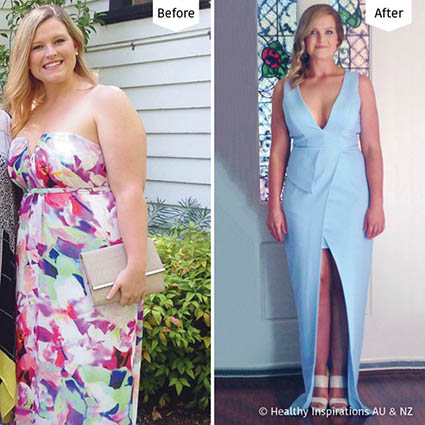 Goal setting as a concept is so familiar that we usually turn off whenever we hear it mentioned, but when it comes to losing weight strong goals help with making lasting change. Let’s look at two examples of members currently losing weight.

‘Jemima’ has a goal to lose 20kg. She is a very task-oriented person, with a specific weight loss goal and a specific date. For the first 12 weeks she was diligent in following her program, saying no to foods and drinks that she otherwise would have eaten, and enjoying the results she was achieving. In that time she lost 12kg.

The second example is ‘Beth’, who had a goal to lose 5kg off her quite lean frame. Beth also had a specific weight goal and a specific date. Like Jemima, she followed her program diligently. She eliminated wine, which had previously been consumed 5 nights per week. She recognised a habit of over-eating, and slightly reduced her portion sizes without experiencing hunger. She lost 5kg in 5 weeks.

So far, Jemima and Beth have similar stories.

Then something started to go wrong for Jemima. Her discipline slipped and different foods and drinks started making appearances. It was just a little bit here and there, initially with good reasons: a friend’s catered birthday party, a weekend away, or the planned meal being unavailable.

The initial reasons were valid, but they became more important than Jemima’s initial weight loss goal and she stopped losing. To get back on track, Jemima must isolate the real reasons why weighing less is important. A general goal, such as “I want to weigh 70kg” is not a strong goal. The “why” is what’s important.

When the reason for making particular choices is clear, those choices are easier to make.

Most brides find that losing weight for their wedding is easier than at any other time in their life: the importance of looking and feeling great on that special day make it easy to follow a healthy eating plan and to say no to sabotaging extras.

An athlete finds it easier to stick to their nutrition plan when preparing for an important event than when there is not a specific event.

A person newly diagnosed with a health condition finds it easy to avoid foods which aggravate the condition.

If Jemima can isolate the important – even essential – reason for losing weight, she’ll start losing again. The goal itself is not what’s important, but the goal helps guide choices and behaviours.

Jemima must set a goal that’s realistic and, more important, essential to her. In the end, if weighing less is more important than drinking a glass of wine or eating bread or whatever, she’ll succeed.