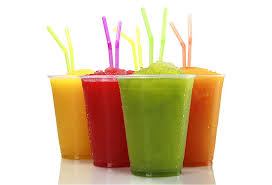 Part 1.  Let’s start by looking at our physiology.

Part 2. The horror story and how food choices and hormones may have contributed.

Here’s a shocking story of a woman who chose to drive (not walk) the 200 metres to the local Hungry Jack’s to get her 6 year old a “treat” and claimed to forget about her baby who died in the car.

This mother may have been a sugar addict. Some researchers suggest that sugar addiction is more powerful than heroin addiction. Some parents and grandparents use the excuse “I’m just getting the kids a treat” when they are actually getting their own sugar fix.

No doubt the mother put the seat belt on herself and her kids as legislation made this preventive health action a habit for us all. She probably obeyed the road rules. Hormones may also explain why she didn’t have the energy to walk the 200 metres to Hungry Jack’s.

Part 3. What governments and health departments could learn from this.

It will take food legislation (not lame public health messages) to protect children from their sugar-addicted parents. Go to any suburban shopping centre food hall and watch obese parents buying their vulnerable children sugar-laden food-like substances. We already have an unaffordable diabesity wave (that we all pay for) and now we have another generation to add to the economic load on our “health care system”.

Hormones (from blood sugar dis-regulation) will always overpower conscious thought and willpower. This woman may have suffered reactive hypoglycaemia from a sugar fix at Hungry Jack’s, causing brain fog and contributing to the fatal forgetfulness.

Our government does not seem to have clue about how to deal with childhood obesity, nor the political will to legislate to change our toxic food environment to protect children from their (sugar-addicted) parents.

If our government says things like “It’s all about parental responsibility” and “We don’t want to be a nanny state” they are fooling themselves that our trend towards obesity and diabetes will reverse itself while the food environment remains toxic to sugar-addicts. The addicts aren’t the only ones paying the price. We all pay the price in our taxes, health fund fees and access to a strained health care system.

Part 4. Do fast food outlets have a looming legal problem?

We now have RSA (Responsible Serving of Alcohol) legislation that places a legal obligation on pubs not to serve under-age people and people who are obviously under the influence. There have been cases where pubs have been sued for serving people who suffered an accident as a result.

Here’s a scenario to consider. A parent takes a child (with obvious central obesity) to the same fast food outlet 3 or more times per week or gives the child money and the child takes themselves. The parent or the child orders a sugar-laden slurpy each time. Before the child becomes a teenager, the child develops Type II diabetes, which used to be called “Adult Onset Diabetes”. Their next door neighbour is a lawyer who works on a “no win no fee” basis and mounts a civil suit against the fast food restaurant on the basis of contributory negligence. Central obesity (large muffin top) is a sure sign of insulin resistance or pre-diabetes. It is obvious. To these children excess sugar in food and drinks is toxic.

The legal suit is likely to fail but the community problem is still getting worse. Governments recently legislated against commercial sun bed operations to protect people from themselves.

PS You can’t change your genes (the bullets) but you can influence how your genes express themselves (the trigger) by finding out the specific diet that best suits your body’s unique physiology.