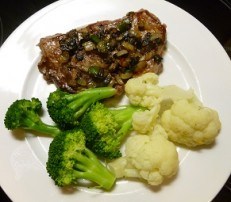 Let food be thy medicine

When it comes to health and healing, nutrition is a powerful medicine. As Hippocrates, the father of medicine, said “Let food be thy medicine and medicine be thy food.” Yet doctors are fearful of making dietary suggestions as their training provides minimal education in diet and nutrition – sometimes as little as a single two-hour lecture.

To confuse matters more, most doctors in practice today have lived through the misleading diet-heart hypothesis started when Ancel Keys was written up in a Time magazine cover story in January 1981. We now know this hypothesis (that saturated fats increased rates of heart attack death) was formed on cherry-picked data. This led to “best practice” prescribing low-fat high cereal/grain consumption with low-fat processed food made tasty with added sugar. In the past few months, dietary organisations in Canada, USA and Australia have started to wind back from Key’s scientifically unsupportable position. Read.

But where’s the evidence that moving away from low-fat processed foods to whole food (meat with saturated fat and butter), and vegetables diet, decreases disease risk and does not cause people to drop dead of heart attacks and bowel cancer?

The answer is that there is no such evidence and because much research is paid for by pharmaceutical companies, there probably never will be research or scientific evidence. There is simply no profit in the evidence that real whole food works well to reduce risk factors.

With pharmaceutical interventions where the drug has powerful effects and potentially powerful side effects, the level of evidence should be high. But for whole food (whether to eat an apple or not) the risks are very low and so the requirement for evidence is virtually non-existent.

At least we’re now learning that eating whole food is not unhealthy. There is no risk in eliminating processed foods (as much as possible and including vegetable oils) and moving to a mainly whole food diet. Then it will become self-evident for each person – it either makes a difference or it does not. It answers the question “What can I do to reduce my risk factors for disease?”

For a person with an existing disease, the medical treatment, management plan, and doctor’s advice is essential. But disease is not caused by a deficiency of drugs. Hopefully research will uncover cause/s of disease in our lifetimes. Each person’s ability to deal with various causes is very much influenced by their food choices. It would be cheap, easy and effective for the publication of proactive eating guidelines to assist both those at risk of specific diseases and for those with the disease.

Some argue that eating a primarily unprocessed whole food diet is unsustainable. Surely being drug dependent for life and suffering poor health is far more unsustainable.