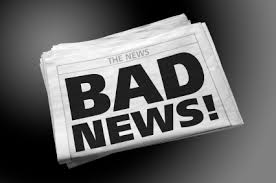 Losing Weight Without Losing Your Health

We all have to be careful and skeptical about what we read in the media. The media have a vested interest to hook you in.

In the last week University of Canberra nutritionist Professor Peter Williams spoke at a symposium in Sydney “In the short term, a year or so, there are some advantages from a low-carbohydrate, high-protein diet,” he says. But he mainly raised questions (fears) about long term outcomes. The “bad news” got lots of media attention.

How about this headline: Ice Cream Consumption Leads to Shark Attacks is an editorial in which the author makes light (but a good point) about studies based on correlation versus causation. Because one thing is observed happening at the same time as another, does not mean that one thing caused the other.

Professor Williams was the Director of Scientific and Consumer Affairs at Kellogg Australia and is currently an advisor to the Grains and Legumes Council. No doubt these organisations see a risk in any trend towards any diet that leads to a reduction in the consumption of cereals and grains. They want to sell cereals and grains. It serves them financially if people are scared into eating them.

But then there are reports that tell another side to the story.

A University of Sydney study looked at the effect of diet, exercise and behaviour change in 71 overweight and obese women aged 18 to 25 over a year. The women were randomly placed on either a higher protein or a higher carbohydrate diet, with both diets providing a similar amount of kilojoules, saturated fat and fibre. All participants also met with a dietitian at least monthly and walked for 30 minutes every day. After 12 months, all the women recorded significant drops in body weight. However, the women on the higher protein diet lost nearly twice as much weight and fat as those on the carbohydrate diet.

“The women reported the higher protein diet kept them fuller for longer and had a positive effect on self-esteem,” researcher Dr Helen O’Connor said. “They also had better iron levels, compared with the women on the higher carbohydrate diet.”

In the article Gary Taubes writes:

“I’d like to see the time come when someone who is overweight goes to see their doctor and the doctor tells them that the cure for what ails them is to avoid the carbohydrate-rich foods that make them fat, not to eat less and exercise more. That to me is step number one.

“If the physicians and nutritionists can understand why people really get fat and communicate that to their patients, that will go a long way to dealing with this problem. If mothers knew that their children were fat because of the carbs they were eating – the sugars, in particular – they’d know what to do about it.

“Of course you can starve people and force them to work out six hours a day and they’ll lose weight, but you’re only temporarily addressing one of the more obvious symptoms of their problem. As soon as the starvation and the six hours of exercise a day comes to an end – as it must – they’ll put the weight right back on.

“Sometimes I feel like I’m beating my head against a wall. It seems for every article I read that shows glimmers of getting it, there will be half a dozen repeating the conventional wisdom: sometimes the articles will have little nutrition content at all, but they’ll use the phrase ‘artery-clogging saturated fats’ and I’ll feel like I’ve been time-warped back to the 1970s.”

Lower Carb – Higher Protein – Saturated Fat – What are the Risks?

Healthy Inspirations offers members a choice of low fat or low carb plans. Both programs raise protein intake to about 1.5 grams per kilogram body weight, from the member’s choice of meat, poultry, fish, dairy and vegetarian sources. This poses no health risk whatsoever, except to those with kidney disease who are excluded from doing the program.

A common questions are:

Not everybody knows (or is told) that the body actually make most of its own cholesterol, which it needs for a variety of functions, especially good hormonal function. Dietary intake plays a role in cholesterol levels but it is small by comparison.

Ironically, any dietary or surgical process that results one’s own fat stores being metabolised can have a temporary side effect of increasing LDL and total cholesterol. A slow 1/2 kg per week rate of weight loss will require the body to consume 500 g a week of its own fat. It often takes a few months after the weight loss has stabilised for LDL and total cholesterol to return to normal levels. The good news is that most members will have some other blood markers start to improve as soon as they start. Typically their triglycerides will go down and their HDL (good) cholesterol will go up.

Is Saturated Fat as Bad as We Have Been Told?

More and more researchers are reviewing the original studies upon which many of our fears of saturated fat are founded, and on which much health authority advice is based. The March 2013 Food and Nutrition Sciences journal published an article by dietitian Zoe Harcombe (and others) entitled “Food for Thought: Have We Been Giving the Wrong Advice?“.

They write: “The Seven Countries study classified processed foods, primarily carbohydrates, as saturated fats. The UK government and NICE (National Institute of Clinical Excellence) do the same, listing biscuits, cakes, pastries and savoury snacks as saturated fats.” This suggests that the Seven Countries study was misleading as biscuits, cakes, pastries and many savoury snacks are high in processed carbohydrates.  If you wish to download this remarkable report click here.

Why does this matter? For the last 30 years we have been told to reduce fats and especially protein-containing foods that also contain saturated fats (like whole milk). But we have to eat, and so, by default we end up eating more “low fat” cereals, grains, fruits and starchy vegetables – all which have a higher carbohydrate load. We now have a dangerous ‘diabesity’ pandemic on our hands, with no apparent answers.

The Healthy Inspirations program is not a “One diet suits all.” program. Rather, it is a process of careful monitoring to help each member discover the “way of eating” that facilitates their weight loss and improves both health and wellness. When each member starts, we write to their doctor to give them the opportunity to advise us or their patient, and to monitor their patient’s health. The screening sometimes identifies members whose health conditions require that they see a dietitian referred by their doctor.

Healthy Inspirations is a food-based program, that can help people avoid expensive weight loss surgery and its side effects. There’s no dietary supplements prescribed. For many suffering health conditions, the program leads to a reduction in symptoms and medication.

Apart from the wide choice of dairy and soy based protein snacks, all main meals are made up of fresh foods – foods that grandmothers would recognise as real food! Members lose weight, slowly and steadily and without being hungry. The common statement that “diets don’t work” has some truth as most diets require deprivation and willpower as the body is being starved. Not so with Healthy Inspirations.

For members choosing the lower carb plan, during the first 16 weeks more and more carbs (and variety) are gradually introduced, including cereals and grains as promoted by Professor Williams. Let’s repeat his quote “In the short term, a year or so, there are some advantages from a low-carbohydrate, high-protein diet.”

“At the end of the day we are in the business of helping people reduce weight/fat and therefore their risk of co-morbibities associated with overweight and obesity. Reducing strain on Beta cells, liver and heart/ lungs is crucial to wellness. Whether this improves longevity is not something we or anyone can guarantee. The article (Carb cutting a risk for disaster) makes many assumptions about low carb diets which are also not necessarily correct e.g. high fat content, lack of dietary fibre and high cholesterol. I believe carbohydrate modification and determining individual tolerance level to carbohydrate rich foods is the most effective way forward in weight management.”

Healthy Inspirations does not take a “one diet suits all” approach. We recommend a process that leads to a personalised, healthy, sustainable and family-friendly eating lifestyle for each member.