"I can eat this and lose weight?!"

The latest from our enews... 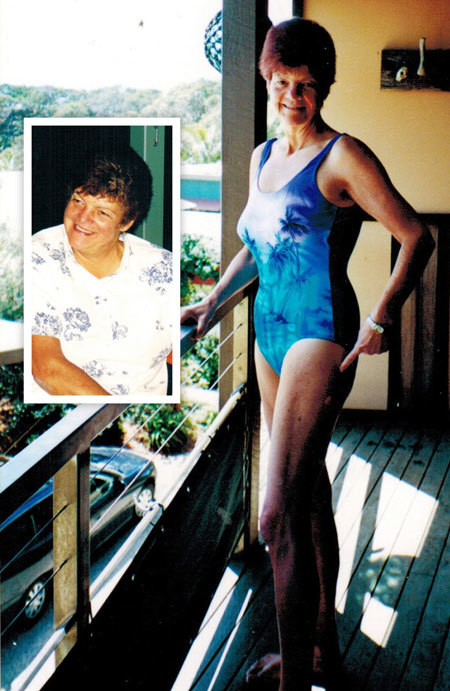 For many years I struggled with my weight and getting motivated to do something about it.  Excuses were always easy to find; pregnancy, stress, holidays, celebratory occasions, entertaining both social and corporate, and always being told that you are tall so can carry more weight.

My parents thought they were motivating me. When Dad thought I was eating something I shouldn’t be, he would chant “Calories, Calories”. This had the reverse effect! Whenever I visited them, Mum would conveniently have placed a ‘Women’s’ magazine open at a page featuring the latest diet, or an article on someone who had lost an amazing amount of weight. That didn’t work either!

I played competitive squash and social tennis. As I approached 45 years old, I started having pain in both my hips and knees. It became too painful to play sport and even walking was becoming difficult.

I consulted an Orthopaedic Surgeon who told me that it was my hips and both would need replacement eventually. He told me that I would come back to him when my lifestyle was too compromised and I was ready for the surgery. I asked him what the cause could be, and he tactfully gave me 4 reasons; hereditary, serious injury at some stage, obesity, it just happens to some people. It didn’t take me long to work out what my reason was!

I decided that if I was going to give my new hips a chance of success and decrease surgery risks, I would need to lose weight before the surgery.

I came to realise that you can only be motivated to do something in life if it is important to you, not to anyone else, and no one can influence you to do something that you are not ready to commit too.

I lost 15kg before the first hip operation and another 10kg before the second operation. My surgeon was proud of me and I was determined to keep the weight off. He told me that it would be better to do more than just walking and that general exercise would help keep the replacements successful and other joints supple.

Healthy Inspirations fulfils those needs, both in the exercise itself as well as in the encouragement and positivity we get from all the Staff they employ.

My surgery was 13 years ago, and I haven’t looked back. My only regret is that my Mother passed away before I commenced my journey.