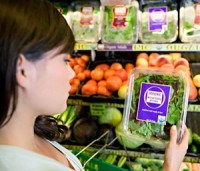 The Mindset for Successful Weight Loss

NO! This article is not going to say that weight loss is all about emotions!

It’s more about exploring the changing mindsets of those people who are successful in lasting weight loss:

So what is mindset? (The word isn’t in the Oxford Dictionary!) Let’s loosely describe it as a combination of your worldview about a subject, any biases and beliefs, and particularly the habits that attach to those beliefs.

With food, does the belief or the habit come first? Perhaps the person never thought about it, but just repeatedly ate something and got into the habit, and so they subconsciously thought that it was OK.The habit is like another one we’re all familiar with: have you ever planned to drive somewhere after work, but found yourself heading home as the habit was automatic? It’s the same with food choices; often a conscious decision is not made and so habit rules.

1. The Mindset that Led to Weight Gain

Often this is a melting pot of two ingredients; mindlessness and false beliefs. Mindlessness is when the person has been just eating whatever food they wanted or was easily available, and actually not being consciously aware of their food choices. False beliefs about food and drinks can be based upon thinking that some food is ‘good for me’ but in reality it is helping the body store fat.

2. Mindset during the start of the weight loss journey

This is a time when success depends on the willingness to be teachable and trust the teacher, or at least the program. When the program is not a ‘one size fits all’ but rather a step-by-step process, like the Healthy Inspirations programs, success can be tailored to the individual and that gives the confidence to employ a positive mindset.

Often various FEARs (False Evidence Appearing Real) need to be faced as the jump into the weight loss pool is taken. Some might fear failing. Others might fear succeeding. The good news is that we all have fears when it comes to any change process. Saying “hello” to those fears and simply taking one step and then the next, will see those fears dissipate.

3. Mindset once a personal weight loss goal has been achieved

This is when the movement starts going from conscious actions and decisions about food and exercise choices to new rituals and habits. Be warned that there will be forces within (the body and the mind) that might try to drag you back. There will also be environmental forces (places and people) who will try to drag you back – so you have to stay conscious of your new habits and rituals.

When the weight loss process has provided the desired outcome, it makes sense to stick with that process regardless of what other people say is right. The reality is that those who have been successful have discovered what is right for their body and their mind. Something else might be right for another person, so keep in mind that well-meaning advice and comments are based on what others perceive is right for them.

Wherever you are on your journey, be aware of the change process and your current mindset, and always be willing to ask for help along the way.