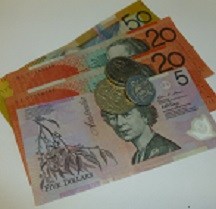 Is money a good motivator for weight loss?

The newspaper headlines yesterday screamed with the news that “Magda Szubanski has lost her lucrative contract with weight loss company Jenny Craig”.

Magda is one of Australia’s most loved comedians, and over the years some of the roles that make her so endearing have really capitalised on her weight. Good on her for making the most of what she has.

Back in April we wrote about Magda taking up her second contract. Her role with Jenny Craig was laudable and followed in the lines of many other celebrities endorsing the program, with varying degrees of success. The question now is why so many celebrities accept the endorsement contract but go on to fail. Magda lost weight, stopped her Jenny Craig contract, regained weight, and signed another contract only to have now lost it. What’s going on?

For some, money is a big motivator. So is publicity. The celebrities who endorse weight loss companies probably start by thinking something like “I need to lose weight so I might as well get paid to do it. Besides, the publicity will make me succeed.” Most celebrity endorsers have initial success, but many fail in the long term. If money and publicity don’t work effectively, then what does?

There are so many options available that the confusion can stop some people from getting started. The fact that many programs require you to outlay money presents a risk. Many people think that they know what they should do to lose weight, but the simply don’t (can’t?) do it.

In reality, permanent weight loss achievable only if the weight loss method is sustainable for the rest of your life. Losing weight is not the real challenge: keeping it off is.

Magda herself said that when she stopped going to Jenny Craig, she got “calorie amnesia” – put simply, she ate more. Losing weight by eating too little can’t be sustainable. Neither can losing weight by using meal replacements. Nobody wants to – or is capable of – following these types of strategies forever.

Losing weight is rarely simple. There are many reasons for people being overweight; some physical, some emotional, some behavioural, and some hormonal. Unless the contributing factors are addressed, the end result may not be what you’re after.

We’ve noticed over the years, and research bears this out, that when people don’t pay for something they don’t value it. The teenager who is given a car values it less than the one who has to pay for their own. Losing weight is no different. If you pay someone to help you lose weight, you value it more than if you were given it for free.

Who knows what would have happened to celebrity endorsers if they had to pay for their program rather than being paid to do it?