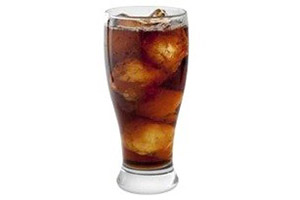 Reduced-sugar products – still too much?

The low-fat influence had consumers selecting foods with reduced fat compared to the regular version. It was marketing brilliance that tapped into the concerns of the population. There were two problems with this: the first was that often the amount of fat reduced was minimal; and the second was that removing fat also removed flavour, and this was rectified by adding sugar.

Public opinion, health and medical authorities are now all concerned about sugar, with the World Health Organisation recommending a daily intake of less than 10% of total energy intake, with a further recommendation that less than 6 teaspoons per day would confer additional health benefits.

With sugar taxes being introduced in various countries and being considered in many others, soft drink manufacturers must make changes if they are to survive: enter reduced-sugar products. Think about drinking a can of soft drink. The average amount of sugar per 375ml can is 10 teaspoons – 6 more in a single can than the WHO recommendations for an entire day.

Coca-Cola is an obvious target, though certainly not the only one. A regular 375ml can of Coke contains 40g (10 teaspoons) sugar. The company has now introduced reduced-sugar options to go along with their regular Coca-Cola and the artificially-sweetened Diet and Zero selections. Well-known nutritionist Rosemary Stanton summarised some of their products:

The list above is hardly exhaustive. While it’s great that sugar is being reduced, the danger is that people are misled into thinking these drinks are suitable for daily use. Put simply, they are not.

What’s even more scary is that this misunderstanding of the actual sugar content affects not only adults, but also children. Parents mistakenly think that it’s fine to allow kids to consume these drinks. If 6 teaspoons per day is the upper limit for adults, what might it be for children with their smaller bodies?

Most people know that reducing sugar is an essential strategy, but some will innocently consume reduced-sugar products, fully believing that they are making the right choice.

The reality is that there is no sweetened drink that’s suitable for health, weight, or teeth. Water is the best drink.

When you’re giving up sugar think about this: taste buds grow from basal cells into taste cells and then die and are sloughed away, with a normal lifecycle of around 10 days. Foods and drinks might taste dull for up to two weeks, but after that the new taste cells won’t know what sweet was like: they’ll taste the food the way it’s supposed to taste.

Do it now. If you need help quitting sugar, contact your nearest Healthy Inspirations centre – we’ll be happy to help.