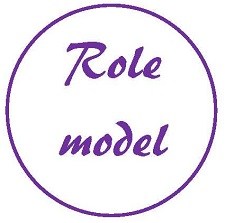 There’s a social revolution going on. It concerns women and is unexpected and inspiring. It’s about women in sport, but it has implications for so much more than just sport.

In case you didn’t know it, the UFC is coming to Melbourne. UFC, or Ultimate Fighting Championships, is a mixed martial arts (MMA) event and part of perhaps the fastest growing sport in the world.

So what’s it got to do with the social revolution? Ronda Rousey, that’s what.

Rousey is a previous Olympic bronze medallist in judo who has now turned her attention to MMA. She has a very assertive – some would say aggressive – attitude, takes no disrespect from anyone, and says what she thinks. She’s hard-working, skillful, motivated, and inspiring.

She is perhaps the most successful UFC fighter ever and is currently the highest paid UFC athlete.

Imagine any other sport where conditions are the same for both genders but a woman is paid more than men!

It’s so unheard of that it’s actually hard to believe.

Such is the drawing power of Ronda Rousey that the Melbourne UFC event, on November 15, is expected to break the all-time attendance record. Even more interesting is that this and another women’s fight are the headline fights. The men take a backseat. See here for the promotional video.

More important that Rousey’s drawing power, though, is that she has fought back against body shamers, saying “Every muscle on my body is there for a purpose. I’m not a Do Nothing B^#/*.”

This statement alone had a double-whammy effect. It inspired girls in many sports to feel empowered by their physicality. It encourages girls to be proud of their bodies, especially when those bodies are strong and capable and purposeful. Whether this was Rousey’s intention is irrelevant: her attitude that it’s OK not to look like the skinny stereotypes portrayed by the media has inspired many.

Young girls with pigtails and princess dresses look to Ronda Rousey as a role model. Teenaged girls might see her success and attitude and recognise similarities hidden within themselves. Adult women, victims of years of media influences that “skinny equals sexy” and that “girls should be submissive” can look to Ronda Rousey and recognise a beautiful woman who is an assertive athlete and far from skinny.

We need to get girls involved in sports and activities beyond their early teenage years. Too many reach the age of having an interest in socialising and boys, and so stop the sports they used to enjoy so much. This new-found inactivity can have dire consequences for their health, their weight and ultimately, their self-esteem.

Having role models who are not perhaps the ones their mothers would choose might be a key to helping them stay involved. Ronda Rousey could be the perfect role model.